In these challenging times, businesses both large and small have made, and are continuing to make, adjustments to how they work on a daily basis. Through speedy work-from-home transitions and major process overhauls, clients are continuing to maintain business-as-usual operations while providing the highest levels of customer service. These success stories have been remarkable to witness, and we would like to share a few things we’ve learned. Please watch the following short, five-minute video to learn the five key factors for minimizing disruptions to your business. 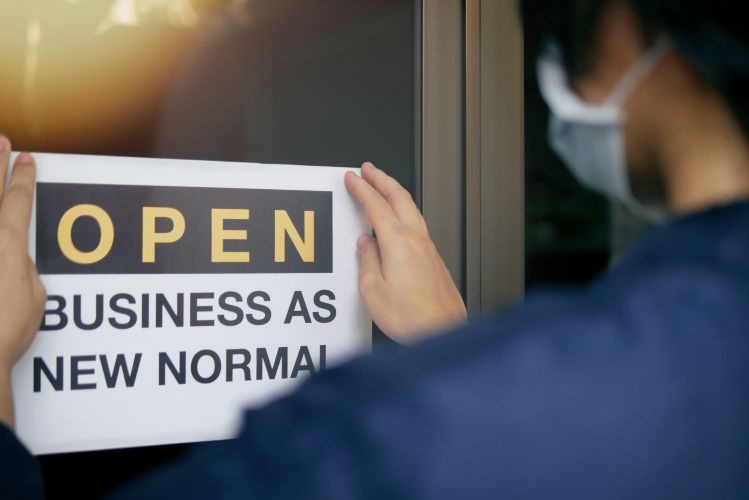 As the world fitfully rebounds from the Great Recession, many global managers are confronting a “new normal:” the prospect of slow growth for many years to come. Managing in this new era will be different – and much will rest on how willing CEOs and their executive teams are to stray from their comfort zone and challenge their traditional ways.

For the past two decades it has been possible (if not always achievable) to be successful simply by riding market growth. For most companies, those days are over.

To cope with these challenges, executives will need to question, reassess, and redefine their managerial thinking. They will have to reexamine the context in which they make decisions. Some basic beliefs and received managerial wisdoms will need to be challenged.

It is often said (correctly) that we must learn from past mistakes so we don’t repeat them. Less said, but equally valid, is that we need to learn from past successes. We have studied past recessions—as well corporate crises and successes— and have distilled what we learned into seven lessons for today’s leaders as they face the new era.

1. Focus on customers. The market research techniques we take for granted today didn’t exist in any meaningful way prior to the Great Depression. That was when Procter & Gamble pioneered the techniques that became the industry standard. Since then, many managers have cut their R&D and product development budgets during tough times, as well as market research. Such cuts can put their companies at a serious disadvantage.

The flip side is also true: A deep understanding of how consumers are responding to a prolonged downturn can lead a company to go beyond new-product innovation and change its fundamental business model, giving the company a decisive edge. Had Kimberly-Clark not continually monitored how consumers thought and behaved during the stagflation of the late 1970s, it never would have launched the Huggies brand of disposable diapers in 1977. The diapers became the top-selling brand by 1985. Similarly, during Japan’s Lost Decade, consumers turned more to discounters and mass merchandisers, a trend that Asahi Breweries rode to success. Tough times will focus your customers’ minds; you need to focus on your customers so you can take advantage of their changing attitudes and behaviors. If anything, a slow-growth period is when you need to increase market research.

This increased attention at relatively low cost can be a powerful tool, as P&G again found during the Depression. Seeing an opportunity to reach its core customers – then referred to as “housewives” – by advertising on radio, the company launched the first daytime serial radio program in 1933, a genre that became known as “soap operas,” since P&G was advertising soap. Today, when competitors start to spend and try to catch up as better times return, it is either too late or very expensive.

3. Invest in people. Retaining the best talent will become an even bigger challenge as slow growth limits career advancement opportunities. It is important to actively manage the attrition of lower-performing employees in order to ensure that there are career opportunities for the most talented people. In the 1930s, leaders focused on securing jobs for the most skilled workers, mainly by reducing the number of working hours and, when necessary, shifting high-skilled labor to lower-skilled jobs to keep them on the payroll. They also added social benefits that in part compensated for lower wages. Today’s leaders will have to come up with innovative approaches that address not only compensation and advancement, but also solutions for issues as work-life balance and changing demographics.

4. Invest in the future through opportunistic mergers and acquisitions and strategic investments. A Boston Consulting Group study found that M&A deals completed during downturns – when premiums are lower and opportunities richer – outperform those completed during upturns by an average of 14 percentage points, relative to total shareholder return. To expand its leadership in the soap market, Procter & Gamble acquired 12 brands during the 1920s; it was preparing for more acquisitions when the Depression hit. Rather than abandon its plans, P&G pushed ahead – acquiring additional brands in the United States, Britain, France and Japan. P&G introduced more successful products during the 1930s than in the previous or subsequent decades.

DuPont followed a somewhat different path. With many of its suppliers failing, the company was faced with possible shortages of raw material. So it purchased one of the suppliers facing bankruptcy. This acquisition not only helped DuPont secure the raw materials it needed, it also provided DuPont with a range of specialized chemicals that enabled it to enter new markets — electroplating, refrigeration, bleaching, disinfectants and pesticides.

5. Employ game-changing strategies. With customers trading down and businesses cutting back, now might be the right time to develop a low-cost business model. It also might be the time to shift from selling products to selling services, or outcomes. Or a time to reinvent the business. IBM’s offer to lease accounting machines during the Depression was a game changer, reducing customers’ up-front capital expenditures, while building the customer base. To make the leasing business work, however, IBM had to develop an entirely new cash-flow equation, a different pricing and sales process (which involved making money on the machine card stock – rather like printer peripherals today), and a different approach to residual value and inventory management.

6. Be a leader. Successful leaders during the 1930s put significant emphasis on being visible to people at all levels in their companies. Richard Deupree of P&G spent significant time ensuring that employees understood the challenges facing the company and the approaches being taken to solve them. In tough times, employees are hungry for information and leadership. In an information vacuum, they will connect the dots in the worst ways imaginable.

Leaders set clear expectations. They mobilize the extended leadership team. They keep it real. And they drive results. Motivating the organization when tough decisions have to be made will require a well-balanced approach. Initiatives need clearly established milestones and metrics—and unambiguous ownership. Leaders need to track progress rigorously against those metrics and milestones, intervene when necessary, and communicate any changes in direction. Leaders also need to celebrate success and recognize team members who achieve the best results.

7. Go on the offensive. Invest in success. We know times have been tough, but the best time to go on the offensive is when your competitors are weak. Consider IBM. During the Great Depression, business machine production fell precipitously, declining 60 percent from 1929 to 1932. At the time, IBM was a small player in the industry. But CEO Thomas B. Watson was convinced of two things: that the industry had a strong future, and that companies that were cash-strapped would turn to automation for cost savings.

Instead of cutting back, as most of its competitors did, IBM accelerated the development of a new, state-of-the-art accounting machine, launching it in 1930 (and a scaled-back, less-expensive model a year later). Starting in 1932, IBM committed 6 percent of total revenue to R&D and built America’s first corporate research laboratory. The company also added leasing to its arsenal, in turn adding legions of new customers who needed, but couldn’t afford to purchase machines. The investments paid off. During the 1930s, IBM launched three times as many products as it had in the previous decade. These and other Depression-era decisions gave the company a decisive, long-lasting advantage over its competitors. Its revenues doubled between 1928 and 1938, while industry revenues overall declined 2 percent. By 1938, IBM had leapfrogged from a distant fourth place in the business-machine industry to a close second, behind the now virtually forgotten Remington Rand.

Management teams are acutely aware of the increased pressure that comes with an economic slowdown. If anything, however, this reinforces defensive tendencies and promotes a mindset inclined to explain why growth is hard to achieve—rather than an attitude of actively seeking growth and a disproportionate share of the market.

This “crisis mode” reinforces attitudes that impede growth even in normal times. These attitudes promote a risk-averse culture that increases in parallel with the increasing cost of failure for any individual. Such attitudes also slow down decision making as managers seek extra reassurance before taking action and make leaders more reluctant to empower their top managers.

So then, how can companies overcome these obstacles? Strong leadership—which creates a climate in which the risk of failure does not overwhelm real opportunities—obviously helps. Even when funds are short, it is important to allow, and even encourage, experiments and pilot programs. Keep in mind that every dollar invested has even more impact as the competition scales back. The difference between success and failure, even in the best of times, often depends on knowledge. How well does the company understand the potential of new markets for existing products? Does the company understand how the recession has affected customers? Do recent economic developments and the emergence of a “new normal” mean it’s time to challenge the conventional industry wisdom and elements of business economics? Remember, the simple act of challenging business economics has led to innovative business models such as low-cost airlines, overnight delivery and online sales.

The Great Recession may be over, but an era of slow growth has begun and the new realities of business life have started to emerge. As with other major crises, the fallout from the Great Recession—and the financial meltdown that preceded it—will influence the global economy and the way business is done for decades.

But this is not necessarily bad news for all companies. Companies and their leaders will have to get used to heightened competition. Those who take the initiative, respond decisively to the challenge, differentiate themselves from less fleet-footed competitors, and execute their strategies with single-minded determination can still expect to grow. For those companies, the Great Recession and its new realities present a once-in-a-lifetime opportunity. 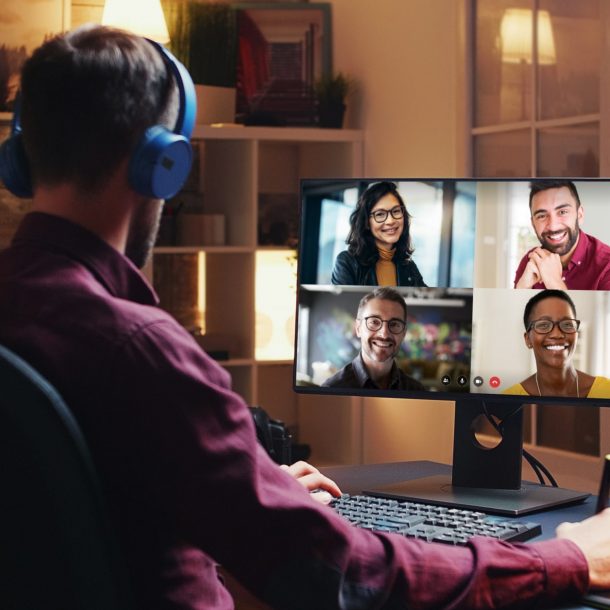 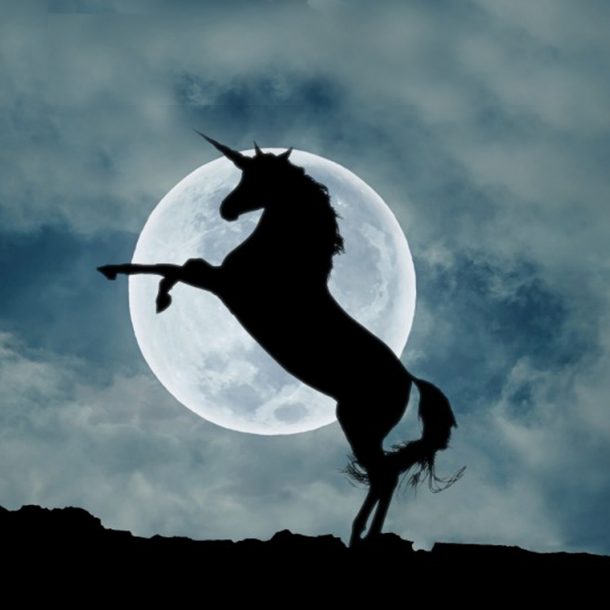 Be a Unicorn'
Next Article